The article provides information on the study of the level of reproductive ability of male rabbits of various breeds under conditions of industrial technology and retro-technology.

The purpose of the work was to analyze the features of the reproductive ability of rabbits of different breeds depending on the technology of keeping and the season of the year.

Materials and methods. The research was conducted on Poltava silver, California and New Zealand white rabbits (n = 27 rabbits) on the basis of two farms in the Cherkasy region – the experimental rabbit farm of the Cherkasy research station of bioresources (industrial technology) and the SG PE "Marchuk N. V." (retro technology).

When studying the reproductive capacity of male rabbits, sperm from breeder rabbits was collected every decade during the year, which, after dilution, was used to artificially inseminate female rabbits. At the same time, the semen was evaluated by the volume of the ejaculate, the motility of the spermatozoa and their concentration. The volume of the ejaculate was measured with the help of a graduated sperm receiver, the concentration and mobility of sperm – on the special equipment Sperm Vision (Minitube, Germany). Males were also assessed for the fertilizing ability of sperm.

Research results. A study of the level of reproductive capacity of male rabbits of different breeds was carried out, depending on the technology of keeping and the influence of paratypic factors.

It was established that the average indicators of male ejaculate had the following values: ejaculate volume – 1.3–1.6 ml, sperm concentration – 330–390 million, sperm motility – 7.1–7.6 points, total number of sperm in ejaculate – 330–440 million.

The indicator of fertilizing capacity varied between 78–88%, the maximum value of this indicator was registered in rabbits of the NB breed, respectively, and the minimum in PS rabbits. A statistically significant interbreeding difference was established for all the investigated indicators of male sperm productivity. Males of the NB breed turned out to be the best in terms of overall fertilizing ability (88%). They outnumbered males of other groups in terms of ejaculate volume and sperm concentration. However, the mobility and general activity of sperm in the ejaculate were better in males of breed K.

Study of the influence of the technology of maintenance on the indicators of sperm productivity of the breeding stock of the farm "Marchuk N. V." make it possible to assert that there is no significant difference in the studied parameters. It was established that the animals that were kept according to retro technology had an average value of the ejaculate volume indicator 0.05 ml lower compared to the group of analogues that were kept indoors (p > 0.05). On average, the concentration of spermatozoa in the selected ejaculate was 347 million for males kept according to retro technology and 358 million for those kept according to industrial technology. The difference between these indicators turned out to be insignificant (p > 0.05), similar values were also recorded for the indicator of the total number of active sperm in the ejaculate. The sperm motility index in rabbits of all studied groups was 7.45–7.50 points, with a higher value recorded in the group of males kept in cages in the yard. Using one-factor variance analysis, a low influence of the specified factor on the studied indicators of male sperm was established (ηx2 = 0.01–0.04, p > 0.05).

Studies of the influence of the season of the year on sperm productivity indicators of male rabbits of the ChDSB experimental farm of the National Academy of Sciences show that in the vast majority of cases, the highest ejaculate volume indicator was recorded in winter, and the lowest in summer (Table 3). A tendency towards its gradual seasonal decrease from winter to summer and increase in autumn was revealed.

When determining the total number of active spermatozoa in both ejaculates, probable seasonal variability was also detected (a gradual decrease from winter to summer). This indicator was the highest in winter, and the lowest in summer (p < 0.001). In the spring, the investigated indicator was in the range of 294.7–439.2 million, and in the autumn period – 292.1–444.1 million.

The maximum concentration of sperm in the ejaculate was noted in winter (438.0 million/ml), and the minimum in summer (351.3 million/ml), the difference was 21.6% (p < 0.001). The regularity of a gradual seasonal decrease of this indicator from winter to summer and a slight increase in autumn was noted.

When evaluating sperm motility in the ejaculate, it was established that, in the vast majority of cases, this indicator was the highest in winter, and the lowest in the summer, however, the difference was not statistically significant (p > 0.05). The trend of a gradual seasonal decrease of this indicator from winter to summer and an increase in autumn was revealed.

Visible. Fertilizing ability of sperm in autumn was 6% better than in summer. 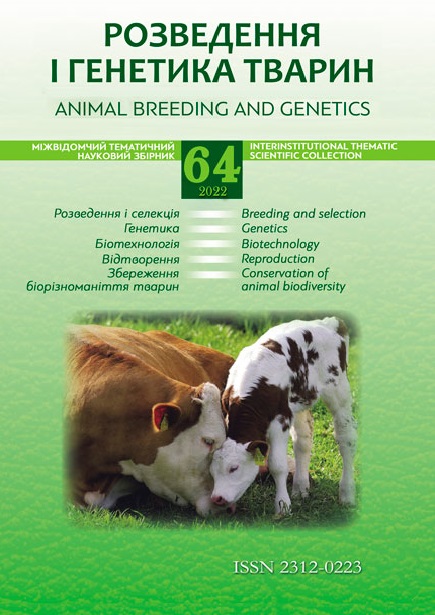